Two lovely photos taken by member Jim Burchell of the planets Jupiter & Venus on Sunday evening the 22nd Jan 2023.  The photos were taken with a Pentax K70. 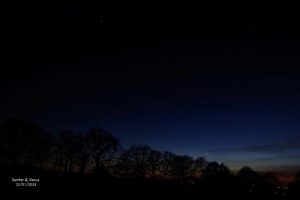 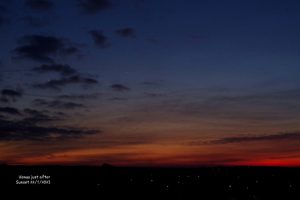 Two image’s of Venus in the morning sky both taken from Dartford top road by Jim Burchell on the 22nd and 26th June 2022. 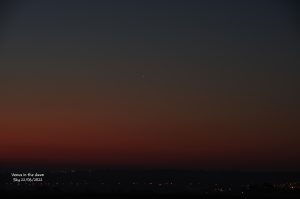 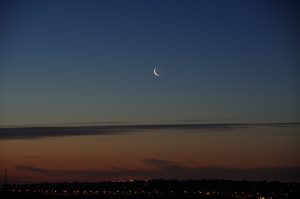 The first image taken on the 28th at 04:30 MST was acquired using a Canon 6D, ISO 500 and an 8 second exposure time.  Jupiter is on the left and Venus on the right and only 2.3 degrees apart.

The second image, taken on the 30th at 05:00 MST (using a Canon 6D, ISO 500 and a 6 second exposure time) shows Venus & Jupiter appearing even closer together, in fact very close. The planets were separated by the same angular distance as a full moon: about 1/2 degree!!!  Three moons of Jupiter; Ganymede, Io and Callisto can also be seen in the 2nd image. 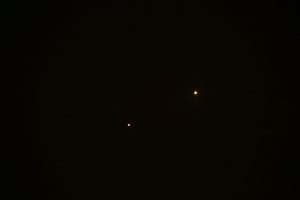 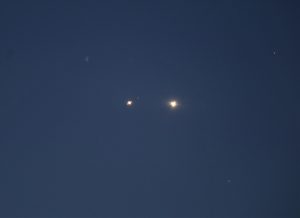 Although Venus and Jupiter appear next to each other in the sky they are nowhere near each other in space. The actual orbit of the planets is around 430 million miles apart (690 million km) nearly five times the Earth–sun distance!

You can also understand why the ancients called planets wanderers too. 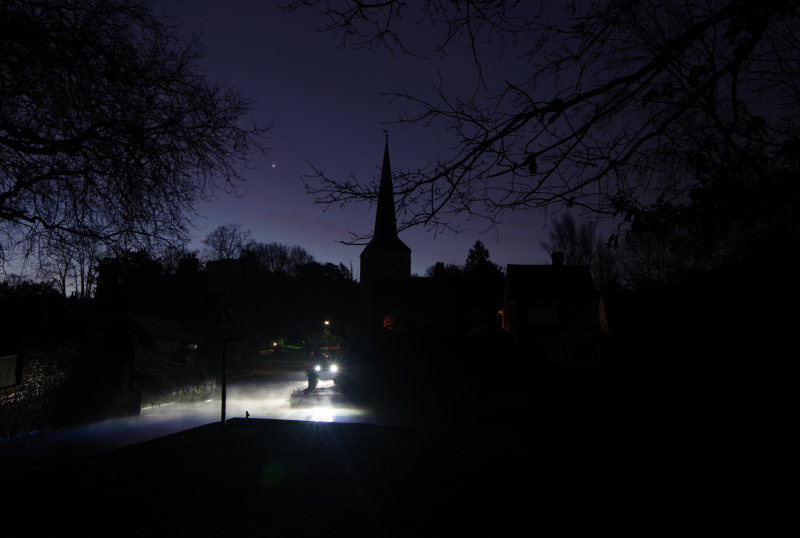 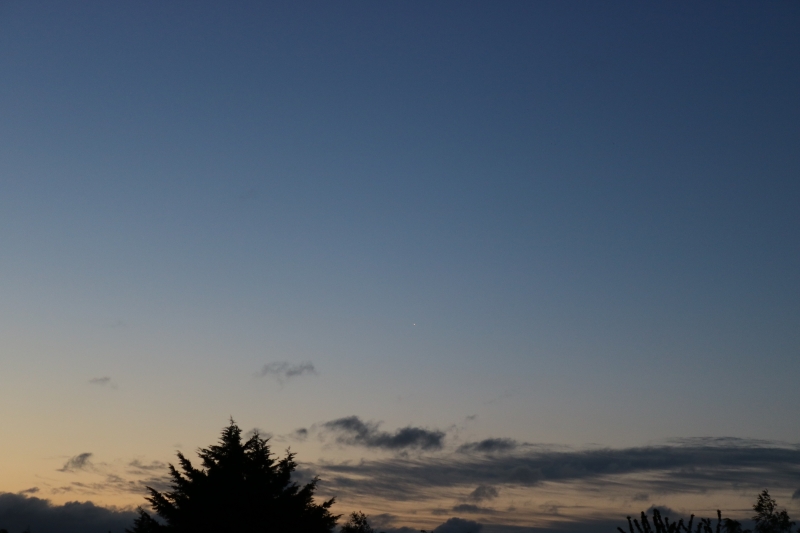 Conjunction of Mercury and Venus 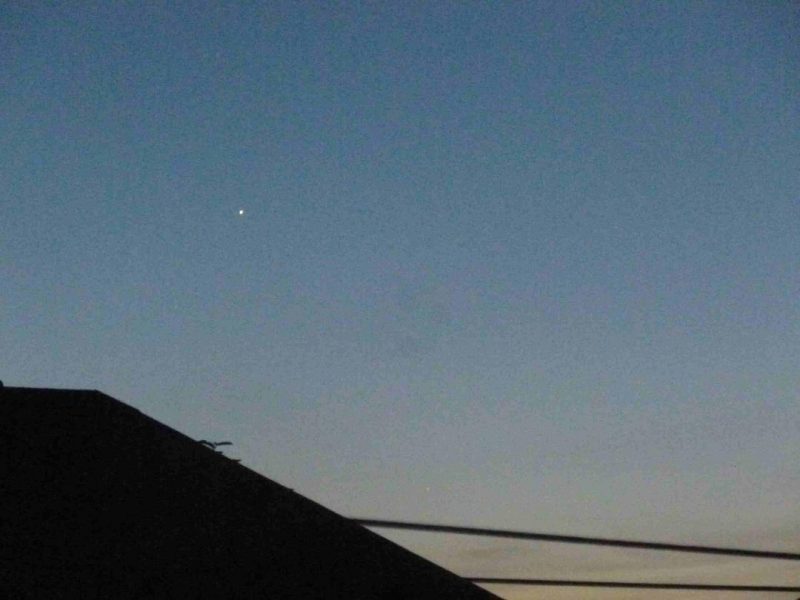 Image by John Howarth Image taken through glass in upstairs window. (Window will open but not in the right direction. Telephone wires are a nuisance too, just in wrong place..or perhaps Mercury’s in the wrong place!) 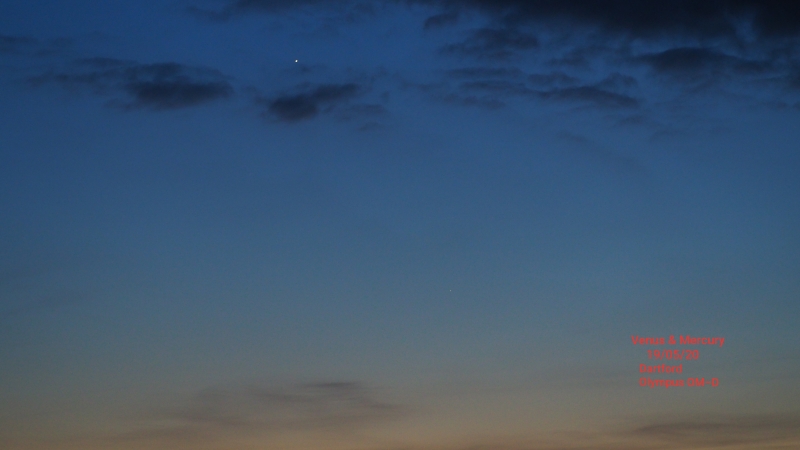 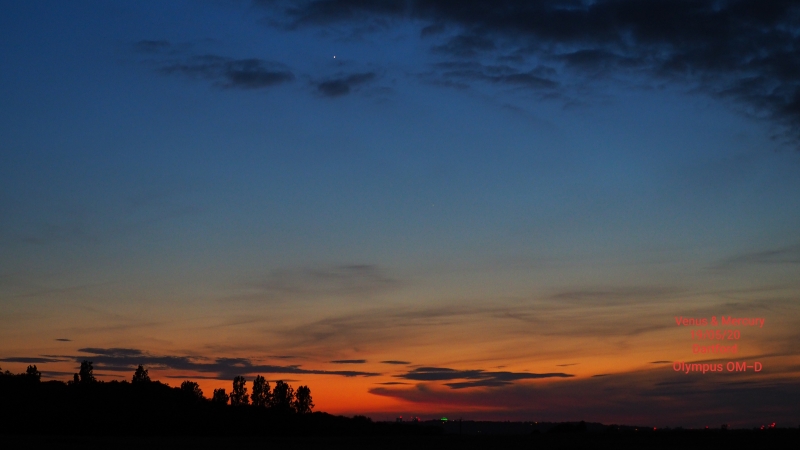 Images of Venus by Richard Bohner 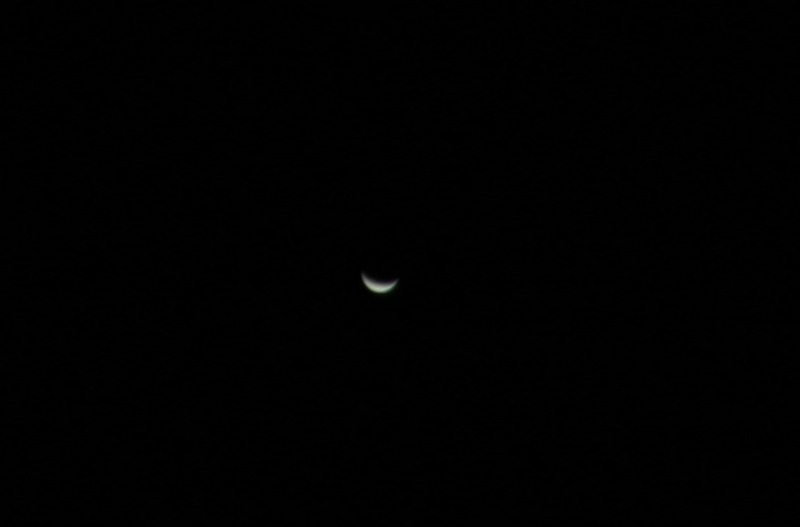 Images of Venus by Julian Tworek

An investigation into the phase anomaly of Venus 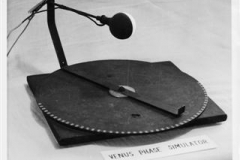 It has been known for some time that a difference between observed and theoretical phase of Venus is apparent, not only at dichotomy (Schroter’s Effect) but throughout the planet’s cycle, CMHAS conducted an experiment to study this effect.

Images of Venus by Simon Dawes 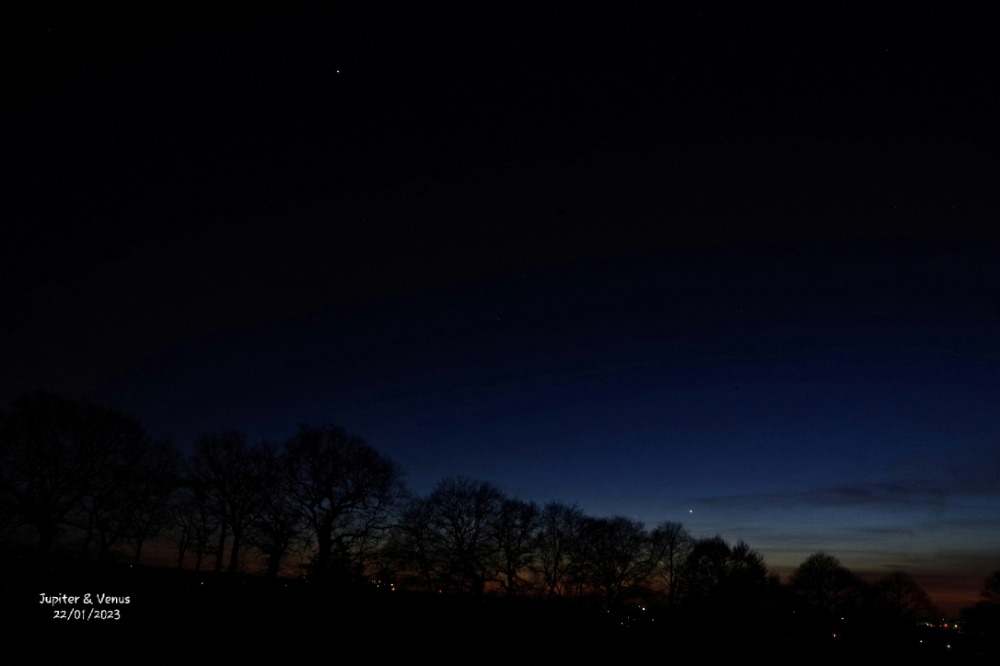