Our automated meteor camera and meteor team, detected 239 meteors in December, despite the cloudy weather, 60 of these were identified as part of the Geminid meteor shower. The brightest meteor detected was a magnitude of -1.8.  During December we identified meteors from 22 different showers, but the geminids was by far the strongest.

Below is a video of the meteors detected by the meteor camera operated by the society, in December 2018, the meteors are ordered by brightness based on analysis by UFO analyser. 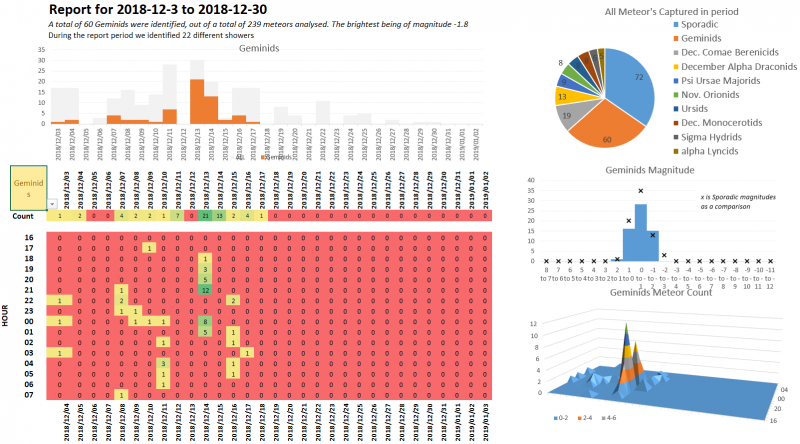