On Saturday the 20th of August several members of the Society were present for the second of our 2 solar observing sessions at Hall Place & Gardens. The event took place on the patio with a small farmers market close to the gallery so there was a constant stream of people wanting to look, some just wondering what was going on and and others who clearly had an untapped interest in astronomy.  Hopefully we will see some of those people in the future.

At our previous session at Hall Place on Sunday the 7th of August we and those who came to see us were treated to 4 hours of sunshine unfortunately on this occasion we were not so lucky with varying amounts of cloud being present throughout the session.  When the clouds did clear and the sun became visible we were able to offer safe views of the sun to the public through the telescopes.  When we did get glimpses of the Sun – the public were thrilled with what they saw; even if it was often in 20 second bursts!!!

Overall we had 7 telescopes on hand including ‘Anita’ one of the clubs Dobsonian telescopes and during clear spots every telescope was in use. We also had a couple of tables of displays including details of Sun spots, a solar projector and other interesting Astronomy facts which proved popular too with the public.

Whilst the weather was disappointing the day was a great success and the Society would like to thank all those members who helped on the day.

Below is a slideshow of photos taken of the day by members John Archer, Simon Dawes, Diane Clarke and Dr. Mike Rushton – Thank you for sharing them with us.  Also thank you to Diane Clarke & Simon Dawes for your help writing this post. 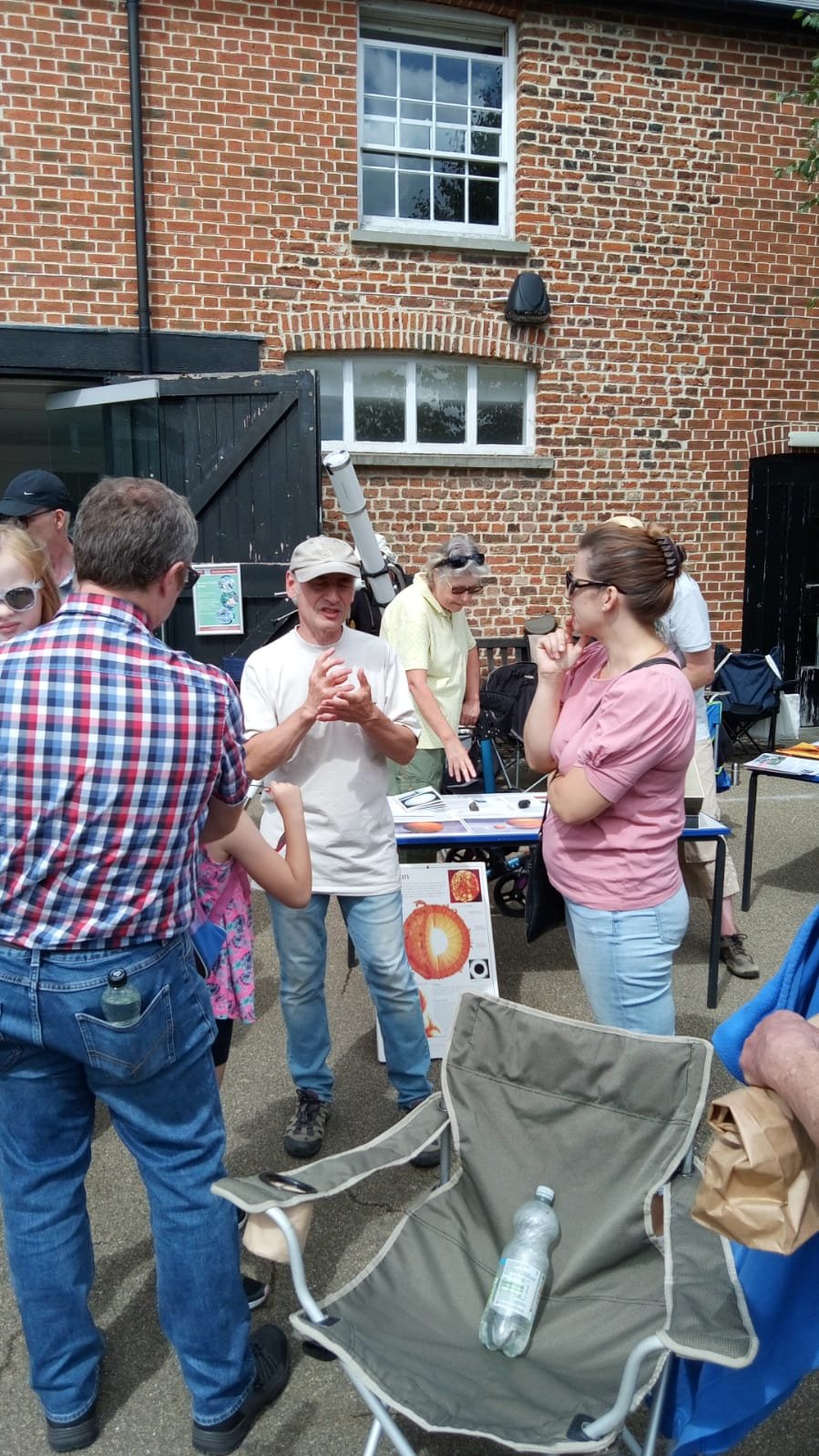 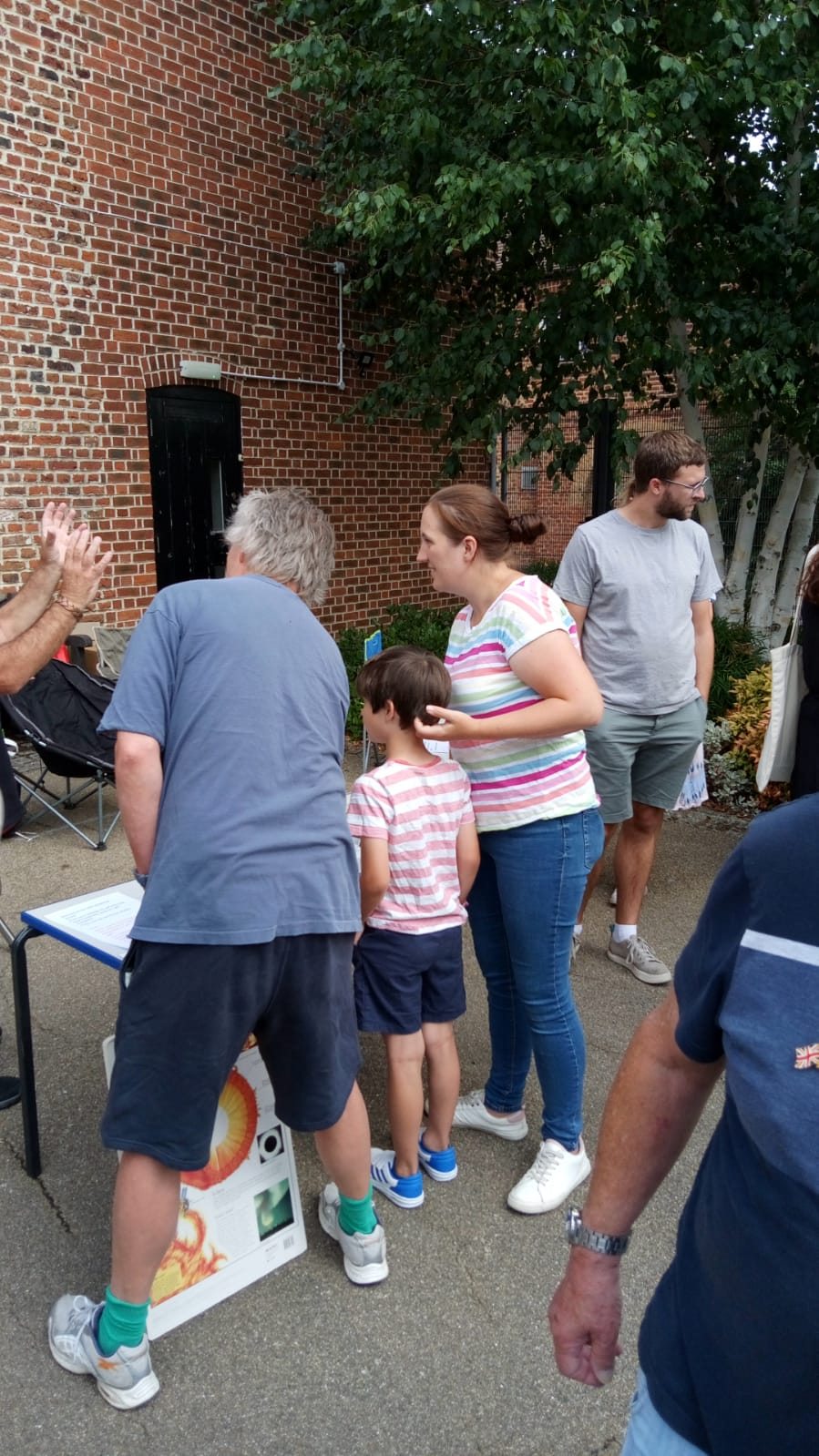 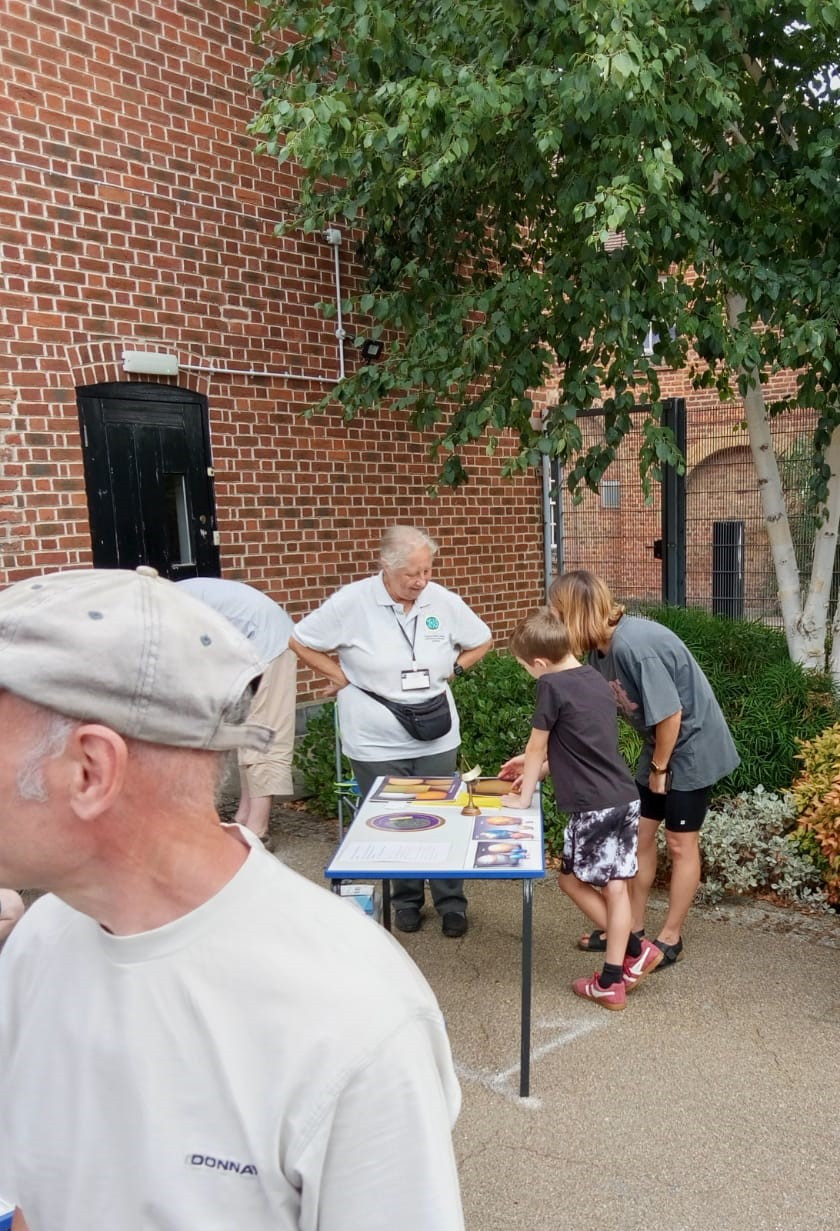 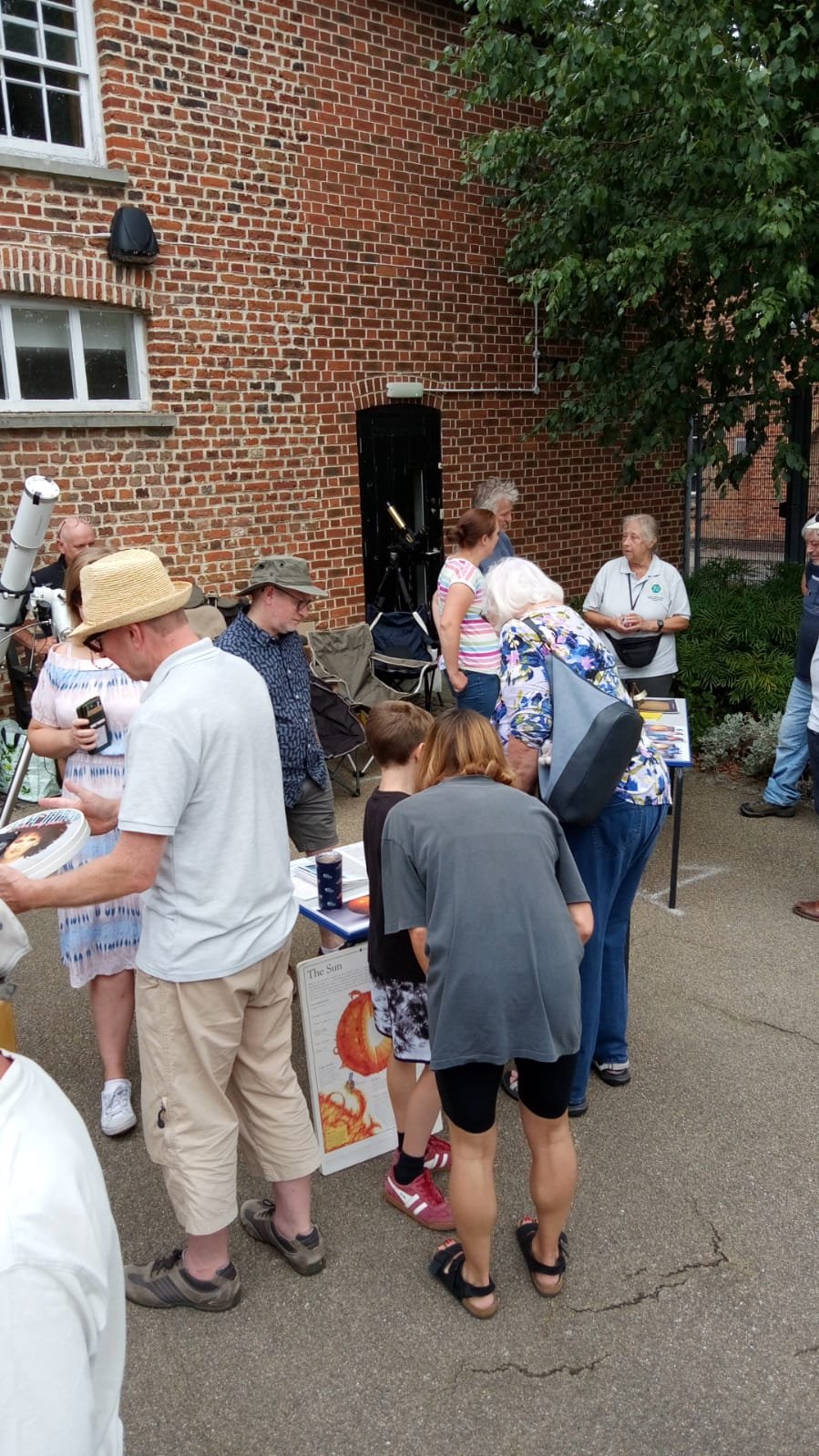 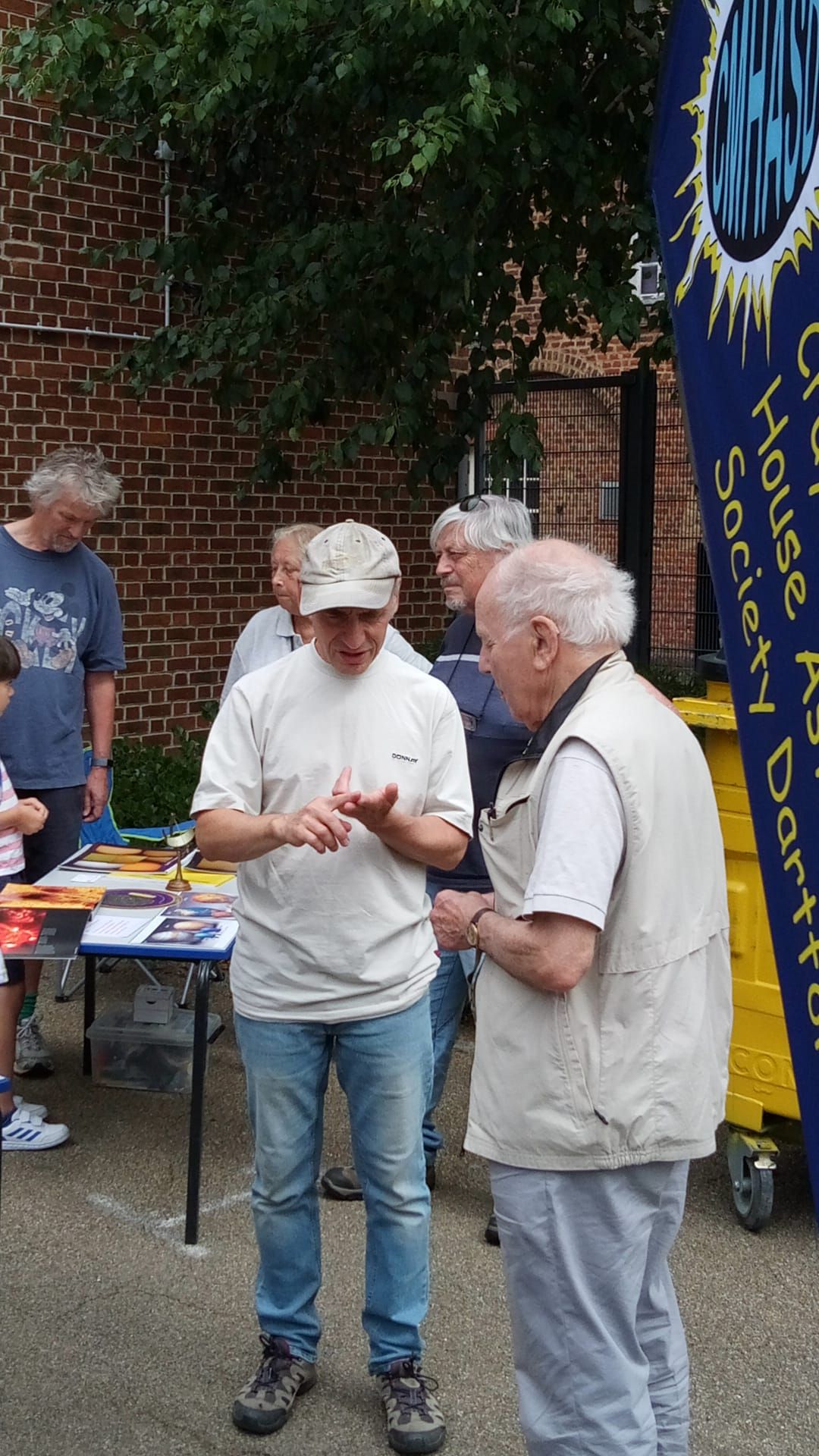 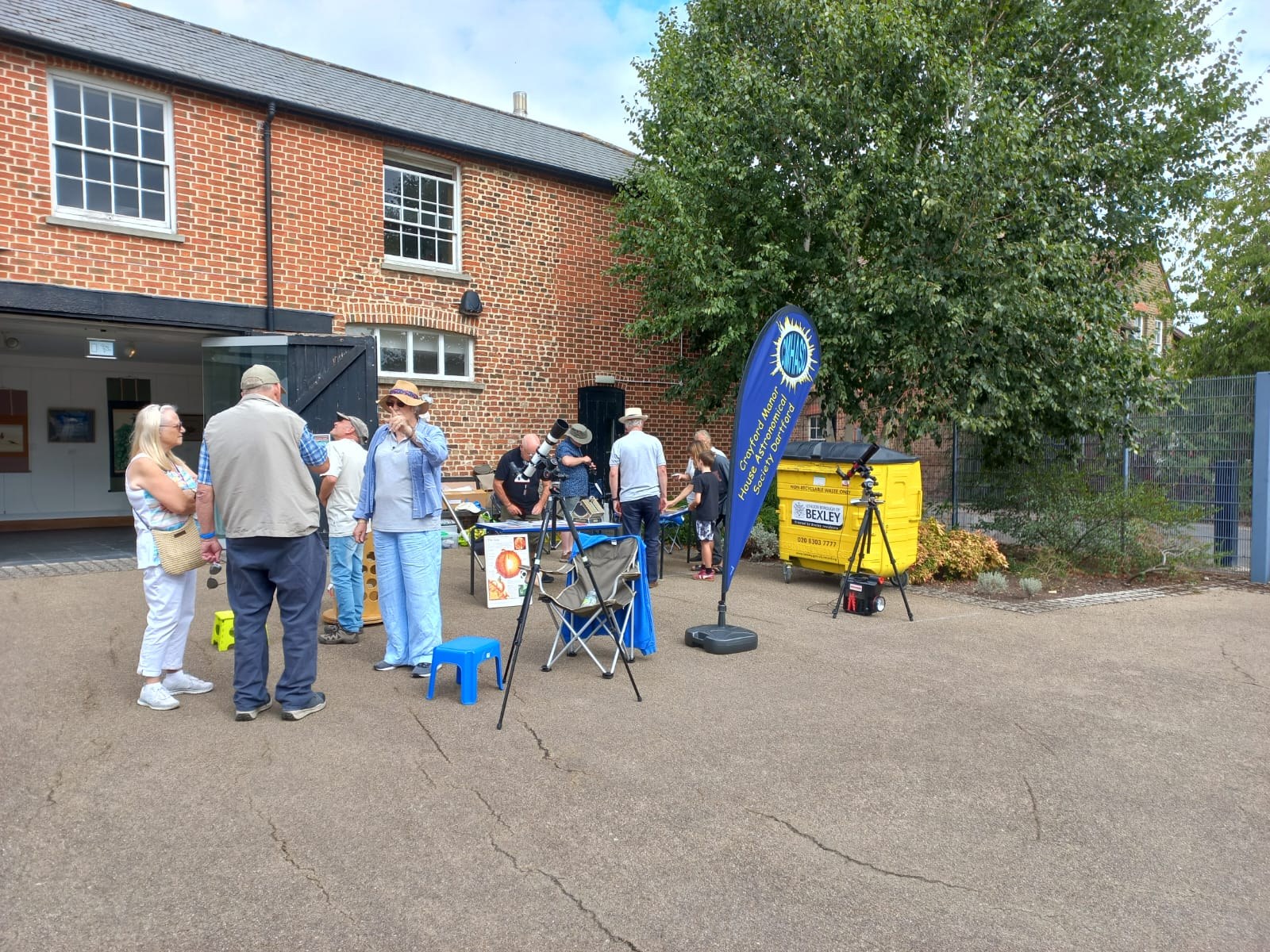 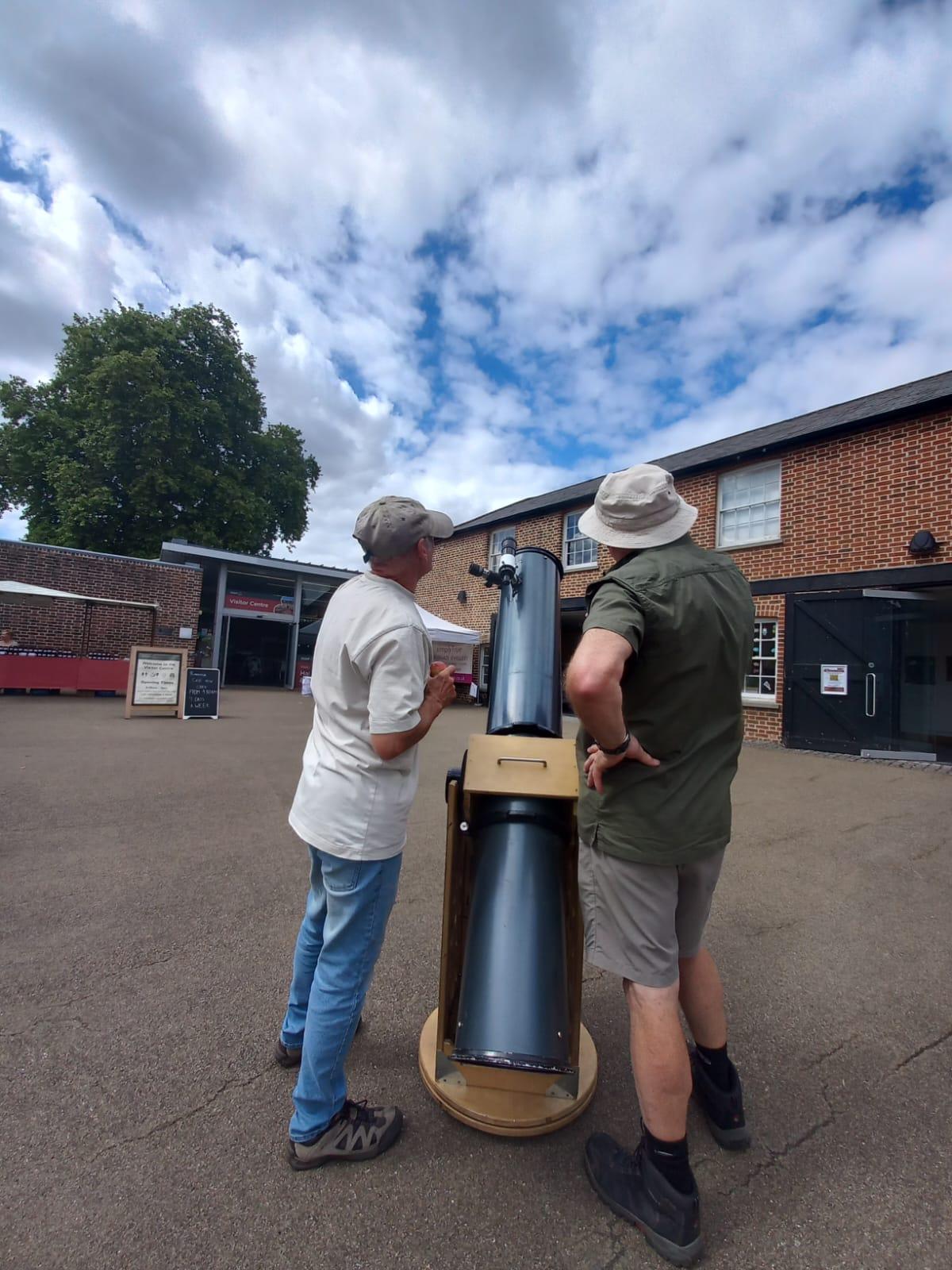 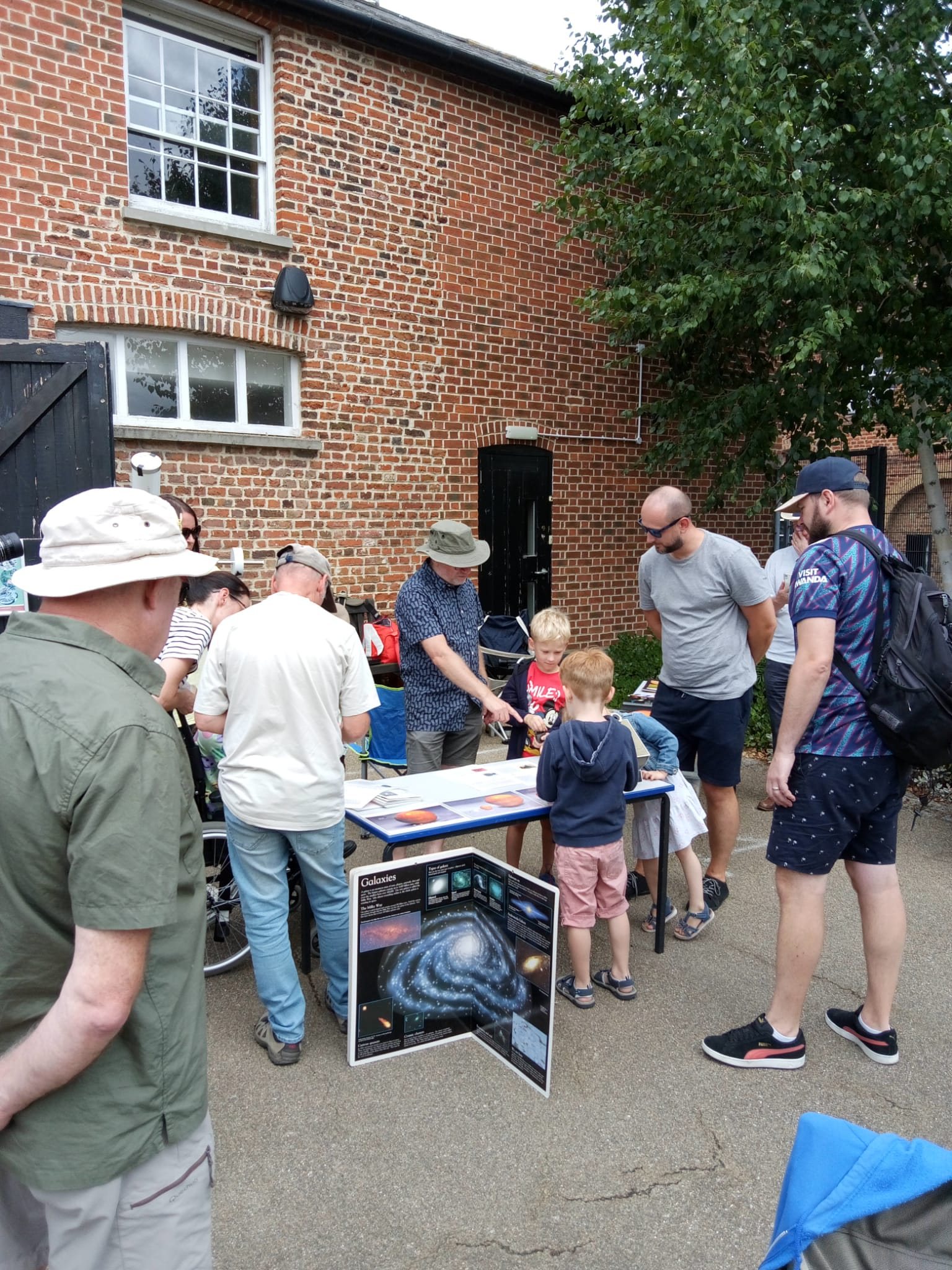 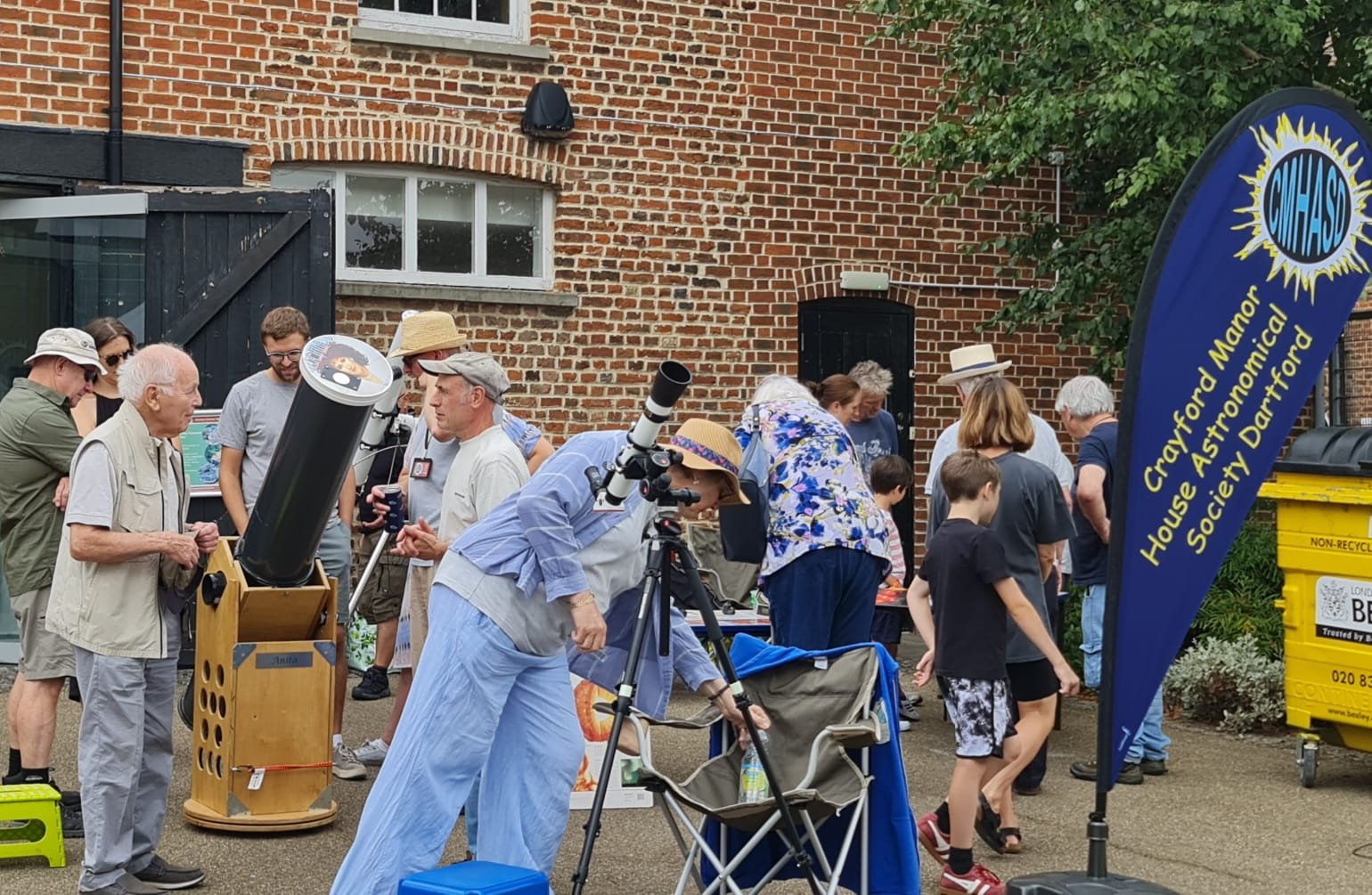 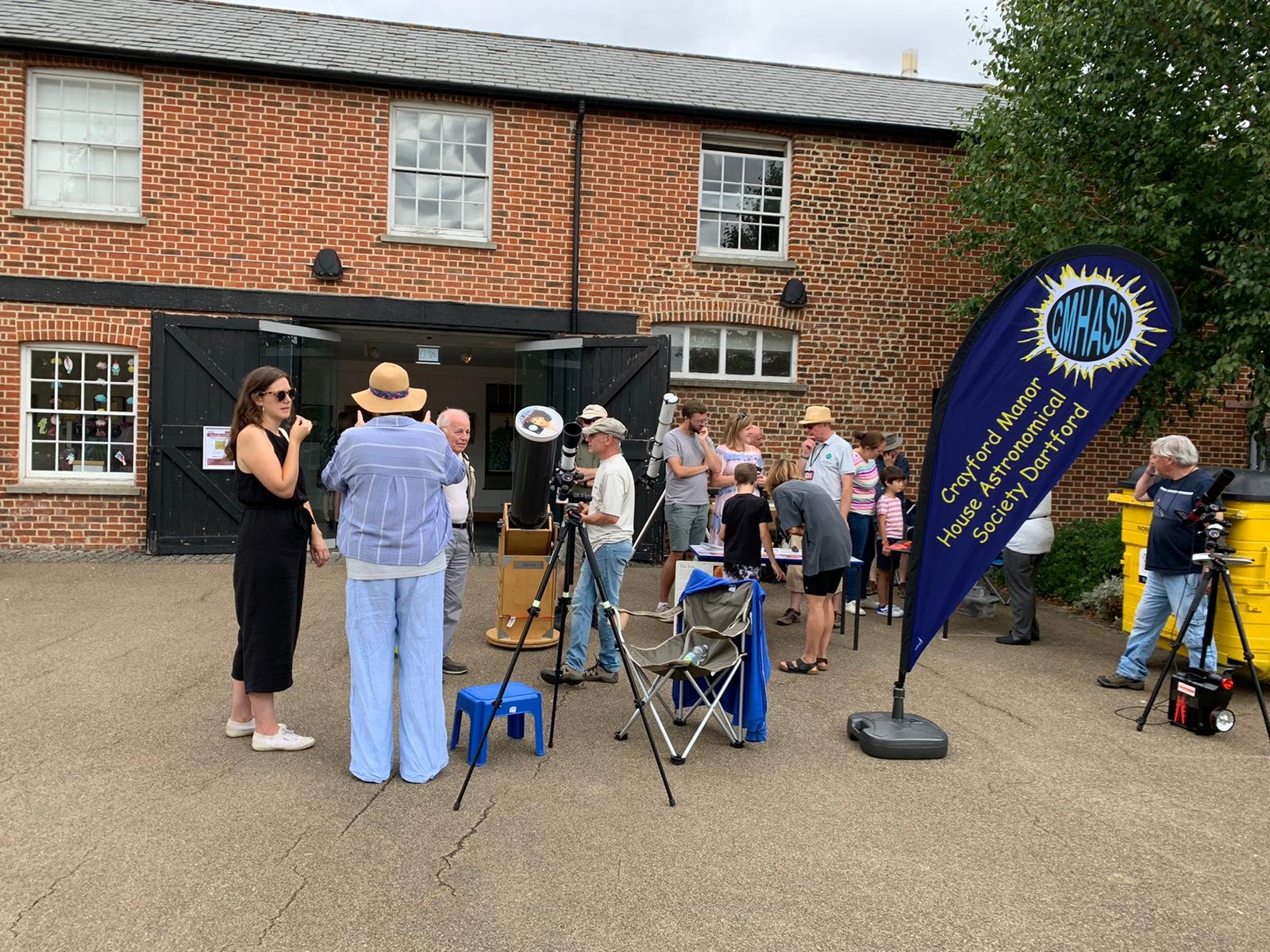 Prior to going to the event member Simon Dawes took the opportunity to image the lone sunspot on the surface of the Sun at home and this is his image.  This was the sunspot that the public would have seen through the telescopes during clear gaps in the cloud. 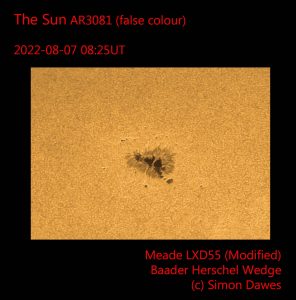