Jupiter-Saturn conjunctions happen every 20 years (the last one in 2000.) however this particular conjunction will be especially close – the closest since 1623 and the closest observable since 1226! Don’t worry, if you miss it there is another close conjunction in 2080!

The weather was poor on the 21st, but there was a gap in the clouds on the 20th, the images from the 20th the planets were at about 9 arc minutes vs 6 arc minutes at closest encounter. 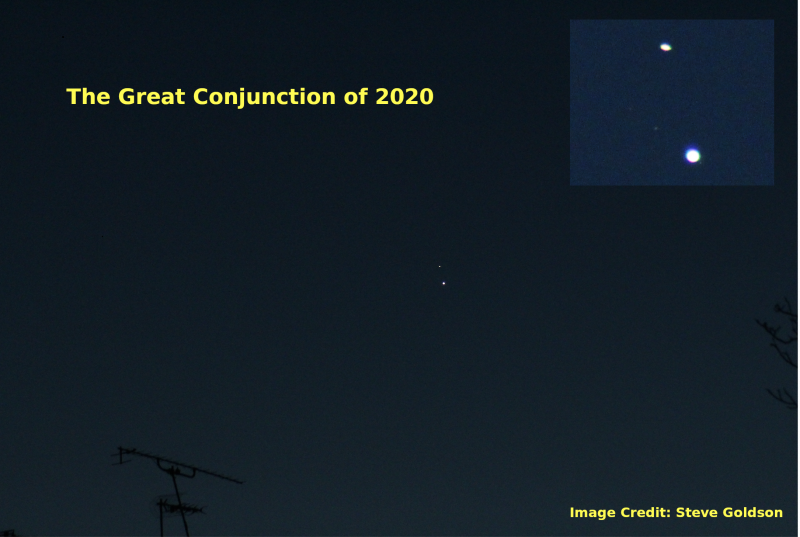 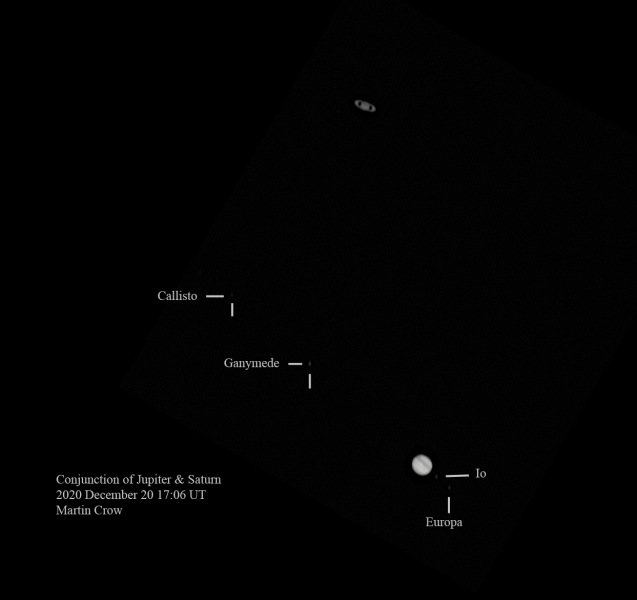 2020Dec20 17:06ut Equipment: 80mm equinox @ f15 and DMK41 mono video camera and an old laptop. Location: Top of Dartford Road, Hextable. Taken the day before closest approach due to likelihood of poor weather on 21st. Best views though were had through the eyepiece. Absolutely stunning. 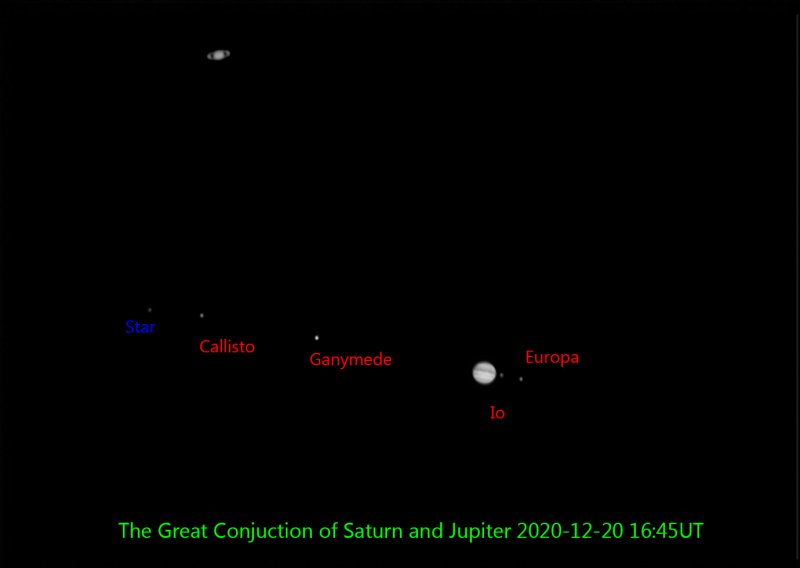