Home > Conjunction > View Post
On Saturday 13th April I’d hoped to go to the Observatory and image the occultation of the Beehive cluster by the Moon but alas Diane and I had forgotten that we were taking part in a local RSPB quiz. We’ve taken part on a number of other occasions with fellow member Deborah and David, her husband, who are also keen bird watchers, so we had said yes to this quiz before we knew about the events clashing.
The skies were still clear after the quiz so we headed to the observatory, we got to the Pavilion at about 22:30BST (21:30UT) to find that no one else was using it. We imaged the Moon with the Beehive cluster from the patio then imaged some lunar craters and took a tour around the sky with the 16″. The skies remained clear until 02:10BST at which time Diane and I packed up and went home. 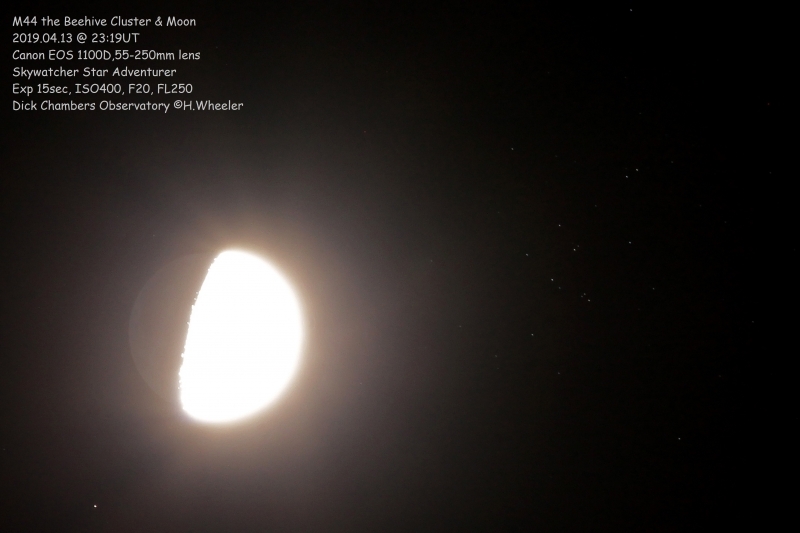