Messier 13 (M13) also designated NGC 6205 and also called the Great Globular Cluster in Hercules and the Hercules Globular Cluster, is a globular cluster of a several hundred thousand stars in the constellation of Hercules. 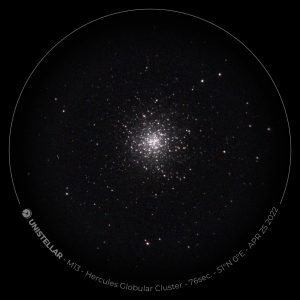 Messier 51, known as The Whirlpool Galaxy and as Messier 51a, M51a, and NGC 5194, is a spiral galaxy found in the constellation Canes Venatici,  M51 was the first galaxy to be classified as a spiral galaxy and is 31 million light-years away from Earth. 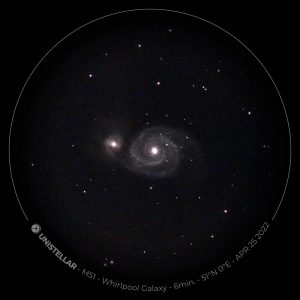 The Bow Tie Nebula also designated NGC 40 and Caldwell 2 is a planetary nebula discovered by William Herschel in 1788.  It is composed of hot gas around a dying star. The nebula gets its name from the fact it has an intriguing bow-tie shape. 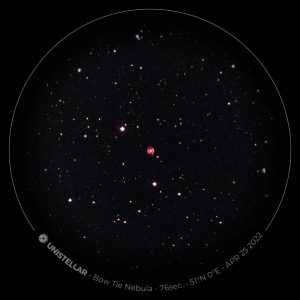