Reports from members of the 2010 Perseid meteor shower.

I observed on the 12th from 22.15 to 22.45 UT and saw 6 Perseids plus one sporadic. The sky was wonderfully clear and so variables won the day (or should I say night?). Roger Pickard

I was out from about ten to eleven until just after midnight (BST) (2010-08-12 to13). Visually, I thought the best one of the night was at 12.02(BST), about mag 1, low in the east parallel with the ground and heading straight for Jupiter. I also made a note: ‘11.36 Anomaly, single point flash at zenith.’ Anyone else see that? Perhaps it was Iridium, looked just like an aircraft, but only flashed once. Kevin Smith 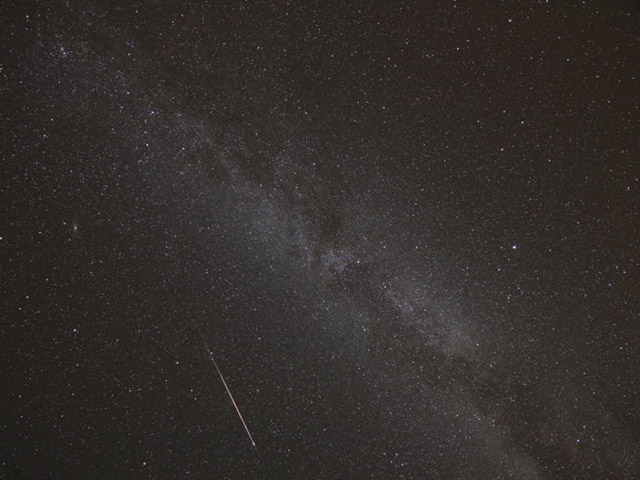 The 12th was cloudy where I was in Cornwall but I saw 6 in 45 mins on the 13th and one sporadic – 4 faint meteors caught on camera (only one is a perseid) Full visual report was sent to the BAA along with a full photographic report. The photographic meteors were very faint so I haven’t included in this report but have created a graphic showing their positions. Simon Dawes 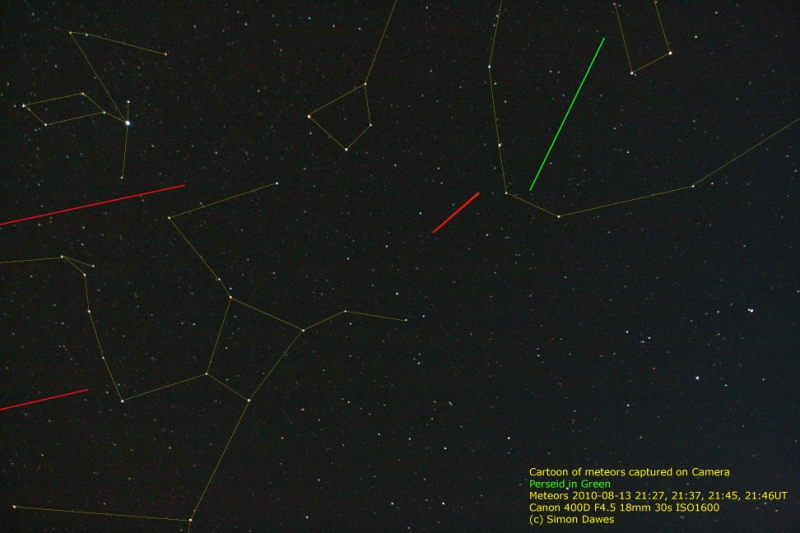