OK so it is the NLC season but WOW another sighting of these rare clouds by members.  A very bright & beautiful display it was too that lasted again for quite a while into dawn until 4.15am.

An alert went out at 2.33am from member Sonia as she had spotted them very low down in the North East.  Two members; Diane Clarke and Jim Burchell picked up the alert and so joined Sonia in photographing the beautiful display that was to follow.  All photos where taken from various locations in North Kent by the members.

Below are 4 images by Jim Burchell taken at around 3:30 am. All image’s were taken with a Pentax K70 and there has been no processing. 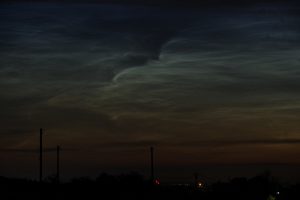 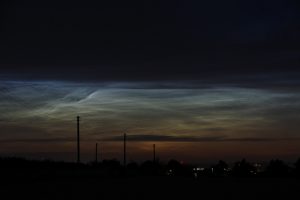 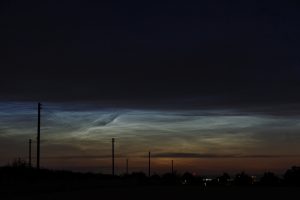 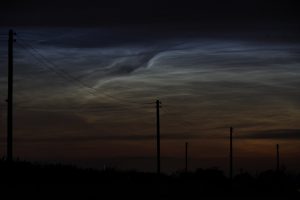 Below are 2 images taken by member Diane Clarke.

Panoramic view of the NLC.  Diane wrote ”It went on to develop enabling me to capture 6 separate images taken at 03.30hrs that I used to create this panorama encompassing the splendour of this NLC.”

NLC at 4am as it began to fade in the North West. 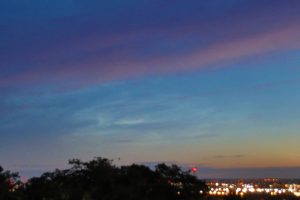 Below are some images taken by Sonia using an iPhone. Also seen & photographed that morning were the planets Mars, Jupiter and Saturn, the Moon and a very curious fox who kept watch on Sonia whilst she took her photos. 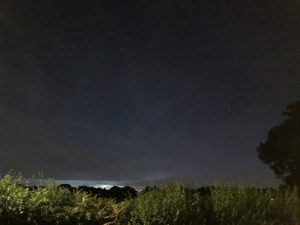 NLC developing nicely at 3.03am. 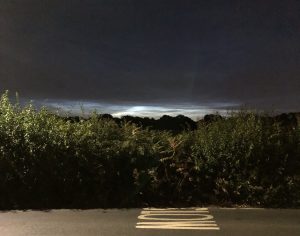 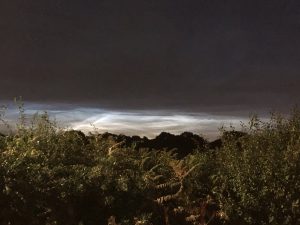 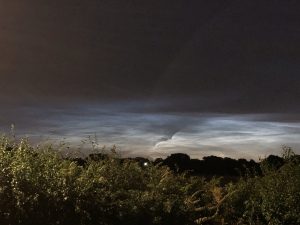 NLC at 3.22am. You can see how bright they were next to a street light. 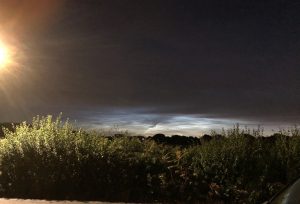 NLC at 3.38am. The NLC moved from the North East to the North West as dawn approached. 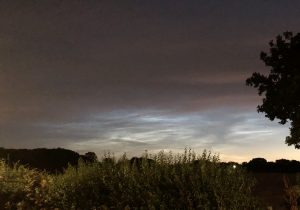