Well they just keep coming – more NLC albeit very faint spotted at 3am on the 8th July 2022 by member Honor Wheeler who sent the alert out to members.  As the NLC were faint to the naked eye members were willing them to get bigger and brighter but alas just a small patch is all that developed that morning.

Below are a selection of photos taken by members who responded to the alert.  All photos taken from North West Kent.

NLC by Honor Wheeler – The faint NLC are middle left. 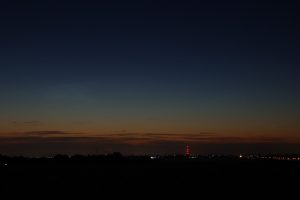 NLC by Jim Burchell taken with a Pentax K70 – The faint NLC are middle left. 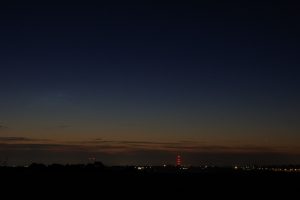 NLC by Jim Burchell – The NLC are centre left in this image. 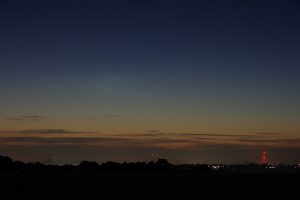 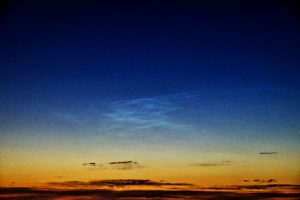 NLC at 3.30am.  A white whispy patch of NLC can just be seen in the centre of the photo. They are 7 O’Clock from the star Capella which is in the photo. Photo taken using an iPhone by member Sonia. 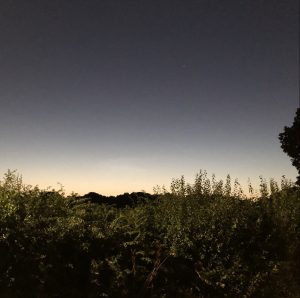