Globular Cluster M15 (also known as NGC 7078) is a globular cluster in the constellation Pegasus. It was discovered by Jean-Dominique Maraldi in 1746 and included in Charles Messier’s catalogue of comet-like objects in 1764. It is estimated to be 13.2 billion years old, one of the oldest globular clusters.

M15 is at a distance of about 33,600 light-years from Earth. It has an absolute magnitude of -9.2 which translates to a total luminosity of 360,000 times that of the Sun. Messier 15 is one of the most densely packed globulars known in the Milky Way galaxy. 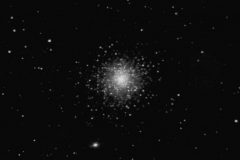 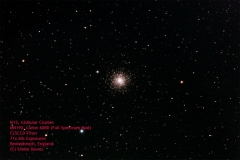 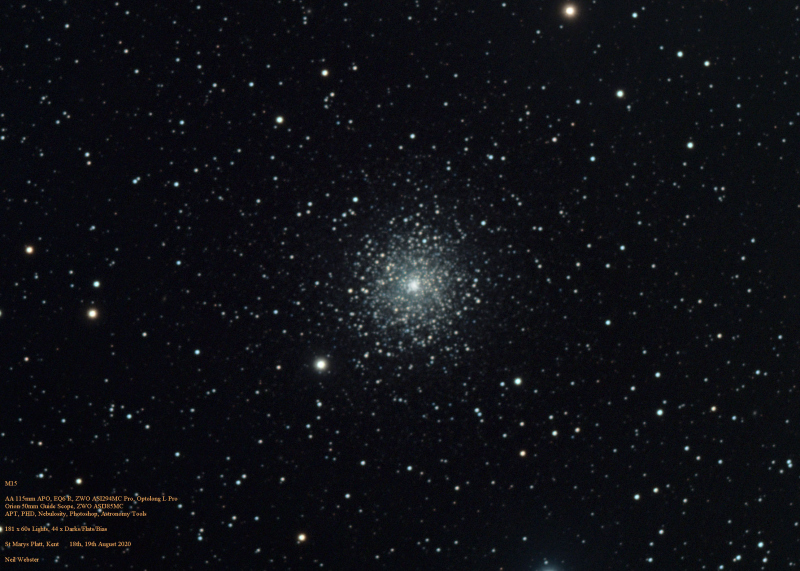