A finderscope is an essential accessory for your telescope, if you don’t have one, or your finderscope uses an objective less than 50mm in diameter you might consider making one, this is a satisfying accessory to make and doesn’t require any real skill or optical knowledge.

I had a spare pair of binoculars that were out of collimation so of no real use, so I turned the objectives into a finderscope, the first I reused the objective and the focusable binocular eyepiece to make a ‘straight through’ finder with a 10x magnification and the second (shown here) used a broken star diagonal I was given (repaired but only for small loads) and the binocular objective.

The tube is made from a kitchen waste pipe and covered with as astronomical image from Hubble to make it look nice! 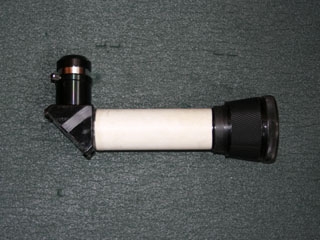 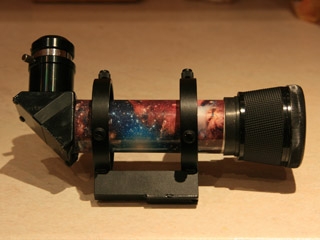 With mount and covering