Home > About us > The Dick Chambers Observatory

The observatory is named in memory of our friend, mentor and long term member and past chairman, Dick Chambers (Dick to his friends, Richard to family and everyone else he insisted call him ‘Mr Chambers’).

Dick loved Astronomy and loved our Society, he was often argumentative, occasionally cantankerous but was always right (at least in his eyes), the life and soul of the party you would often here him over the crowd telling one story or another. Many members of the society owe their passion for Astronomy to him and this keenness for you to be as passionate about Astronomy as he was.

On Thursday the 8th of January, the Crayford Manor House Astronomical Society officially opened it’s new observatory called the ‘ Dick Chambers Sutton at hone Observatory ‘ housing the Peter Hindle Telescope. Several people were present at the opening including Dr Peter Hindle who donated the 16″ Meade telescope that is now housed within the observatory, and the Mayor of Dartford Cllr. Avtar sandhu MBE. 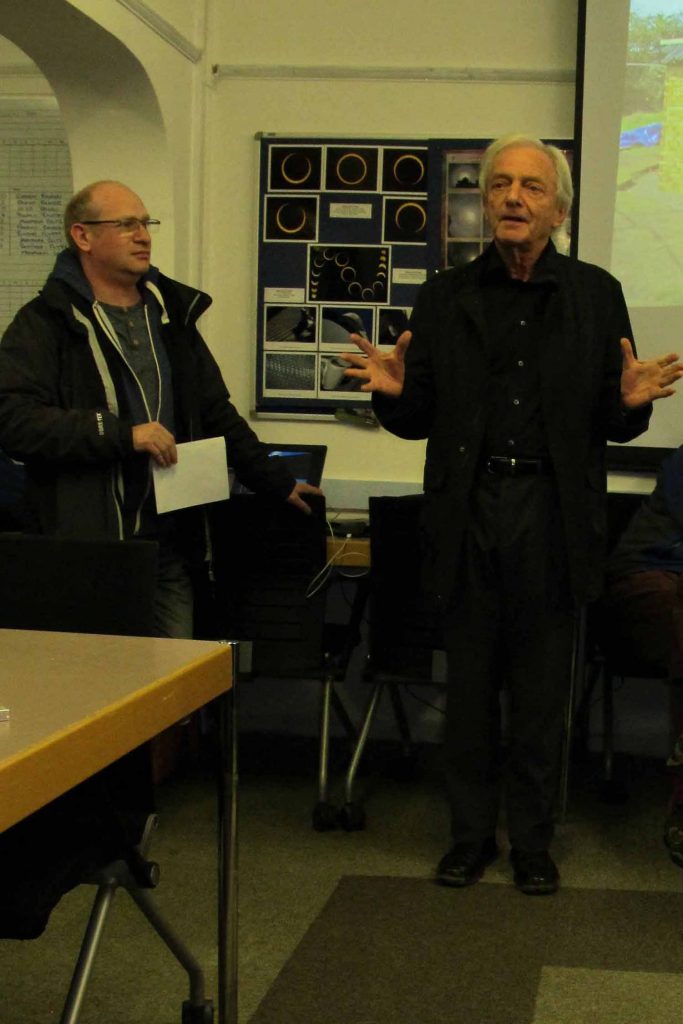 Dr Peter Hindle on the left & the Mayor on the right giving their respective speeches prior to the start of the evenings event, our Chairman Mr Simon Dawes gave his response thanking Dr Hindle & the Mayor among others for and on behalf of the society 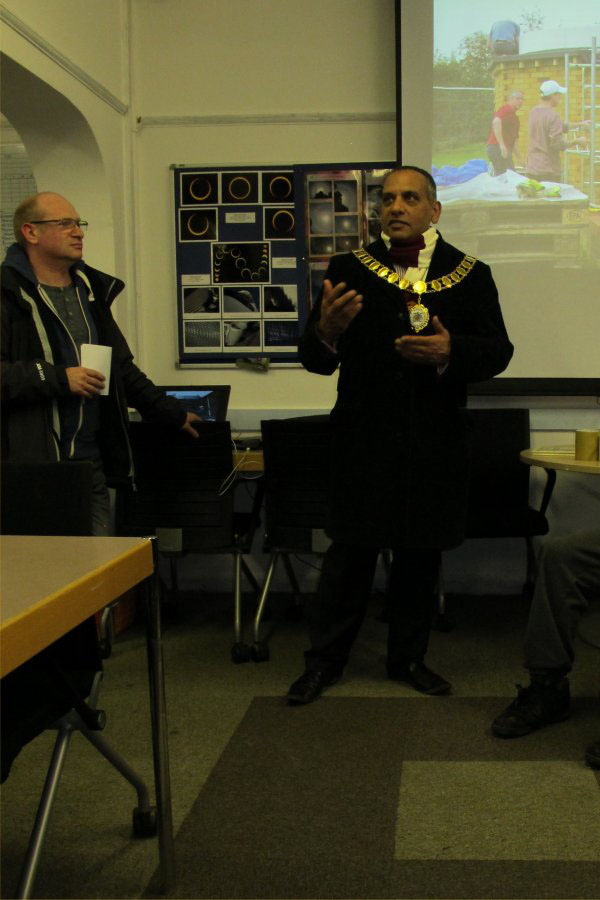 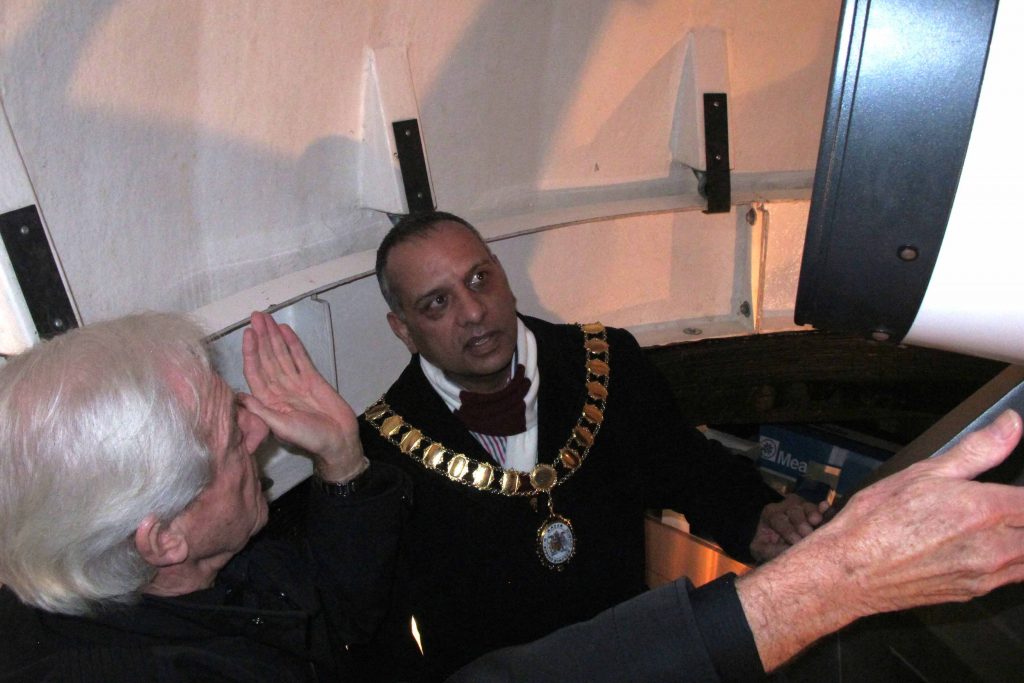 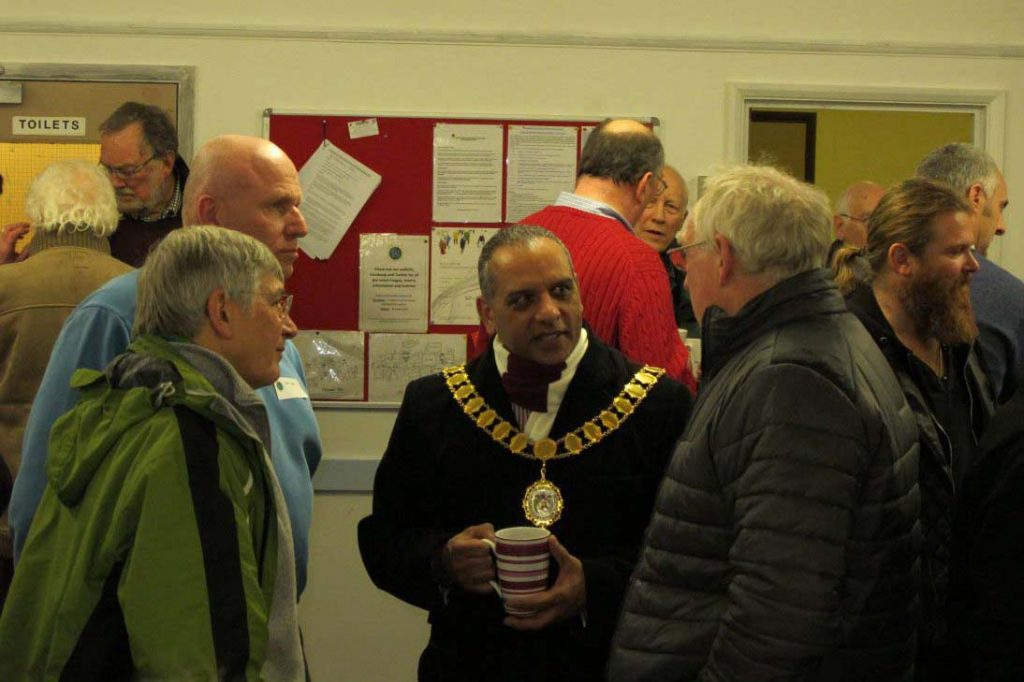 The image on the left shows Members David Freed, John Sowle & Steve Goldson chatting with  the Mayor during the evenings festivities 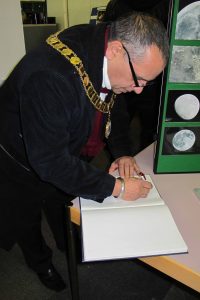