Home > About us > Trustees & Committee 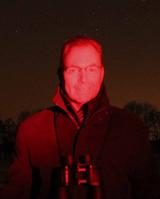 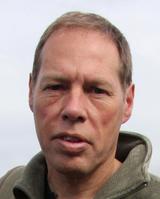 I had a prior interest in astronomy since being at school and taught myself to find and recognise the constellations that were visible from my light polluted parents home in Priory Road, Dartford (the adjacent paper mills had awful flood lights). This interest had been piqued by seeing a clear starry sky with the Milky Way stretching across it one frosty night from a place not far from home but unaffected by light pollution. On top of this it was the time of the space race, how could I not get hooked?

The interest ticked away in the back ground, as it does for so many others, when settling down, having and bringing up a family and work takes priority. However, a point came when looking to the future I felt the time had come to pick up the loose ends and explore the subject more fully so that I would have something to challenge me both mentally and physically as I got older.

From the internet I discovered that there was a local astronomical society and I made contact. In 1999 I enrolled on the Monday night class that was then run by Mr Richard Chambers at the Crayford Manor House and became a member of CMHAS at the same time. I had finally arrived. Suddenly I found myself amongst people with the same interests along with a wealth of knowledge and experience that made so many things possible. My only regret was that I hadn’t found them earlier.

Observatory (roof top) containing a Nexstar C9.25 SCT with an MX916 camera plus 90 dia Maksutov and Lodestar camera for guiding.
For a run around I have an HEQ5 mount which takes my Equinox 80mm refractor and/or modified PST and ED80 scope. The Equinox I use both visually or with a Canon 550d for imaging. For video capture I use a DMK41as02.

I have an overall interest in all of the diverse aspects of astronomy but have specific interests in:
The history of astronomy
For me this is a fascinating story of discovery, the ultimate detective tale, leading to our current understanding of the universe and our place in it.
Photometry
I do like a light curve. Variable stars, asteroids and even the odd exoplanets all find themselves on the agenda. Have recently taken part in Project Neil Bone to characterise and compare the opposition effect of different classes of asteroid.
Imaging
I enjoy imaging deep sky objects but only on the bi yearly visits to Kelling Heath. My other imaging takes the form of images constructed from video capture and processed to yield high resolution results. These are normally images of the Sun in Ha and images of the Moon.
Public Outreach
I enjoy helping to popularise the subject and pass on what meagre knowledge I have on such a massive subject.

I only wish that I had more time to devote to the subject areas that interest me so much.

I’d always had an interest in astronomy but didn’t pursue it until I was in my mid twenties. My wife had suggested I join the beginners course in astronomy run by the local astronomy club, Crayford Manor House Astronomical Society, which I did in 1995. This was a two year course covering the all aspects of astronomy but without much of the maths and practicals every clear evening. My interest now well and truly whetted, I moved onto the advanced class – also run by the society. The advanced class was ‘unstructured’; brilliant lectures, but not ‘taught’ and having caught the learning bug from Dick Chambers, the beginners course lecturer, I signed up to do an OU science degree, which I focused around Astronomy and I have been learning ever since.

I replaced my friend and mentor Dick Chambers as chairman of the Crayford Manor House Astronomical Society after we moved to Sutton-at-Hone in 2012 and retired as Chairman in 2018. I find astronomy too fascinating to specialise on any aspect so it’s hard to name an area that I love more than any other, but in general I like how astronomy unravels the puzzle of the universe from observations and the spirit of discovery that underlies the stories our lecturers tell. 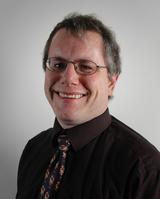 My day job is accountant and subscriptions manager, which now turns out to be my night job too! As treasurer, it is my role to skirt the good ship CMHASD around the shoals of bankruptcy. I became a member in 1999 but I did attend many Society evenings in 1978 when I was 11! My interest in astronomy started when I was aged about 7 and became hooked on stargazing and constellation spotting. I have an ‘O’ Level in astronomy which makes me qualified to say that. I own an observatory, which houses an 8″ LX200 telescope and an SBIG CCD camera, and a 10″ dobsonian which gets dragged along to Kelling Heath and the like.

I also have a knowledge in programming (assembler, C++, Visual Basic, Wire, Python) and in electronics which has been put to good use for the repair of the Jack Ells APT telescope and the motorisation of our observatory’s dome. 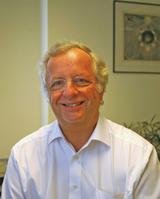 My liking of astronomy grew after receiving one of Patrick Moore’s books as a school prize for being nerdy. The interest developed, I joined the BAA in 1969 and have been a member ever since. In the 1990s I was a member of the Maidstone Astronomical Society eventually ending up as treasurer until it folded (not for financial reasons!) I then transferred my allegiance to Crayford at the suggestion of Roger Pickard and Malcolm Gough. About ten years ago I took over as Secretary when Roger moved to the West Country.

My interests include eclipse chasing and computational aspects of astronomy. I own a C8 now on an HEQ5 Pro mount, a webcam and DSLR but none of them get as much use as they should. Three years ago I moved house in part to be in a dark site – an observatory is planned (but no one is holding their breath).

The Committee are appointed by the Board of Trustees to run the day to day affairs of the Society.

Other Members of the Committee

During the first 50 years the role of committee member and Chair was a little informal so our records are a little sketchy, if you have information to help fill in the gaps we would love to hear from you.

Can you help fill in the gaps? contact webmaster@crayfordmanorastro.com